A conversation with David Seiter on Sections of the Anthropocene

There’s a passage in your book, Spontaneous Urban Plants: Weeds in NYC, where you describe a moment from when you first moved to New York and saw a sidewalk being removed to reveal this red fecund earth. You wrote about how easy it is to forget that the city was built on top of that. That almost seems like an origin story for this show.

David Seiter: Absolutely. It’s something I’ve always thought about. There are ideas in this show go back even further than that — almost to my undergrad years. I’ve always imagined creating art but it’s always been somewhat at arms-length for me. I feel like landscape architecture is, for me, such a great practice because it has the creative aspect but it also has this practical, applied sensibility. But I’ve always wanted to develop pure sculpture or art.

So were these works created for this show?

Yes. Most of them. The concrete studies, maybe five or six of them, were created for a project in Bushwick where we’re exploring the decomposition of concrete and the idea of concrete as a living material.

Can you talk a little about those studies?

They go back to a much bigger idea, that basically 14% of NYC by square footage is parkland and 26% is paved. There’s this amazing potential in our existing urban fabric to redesign those parks and streets to work better in service of ecology — and therefore, humans. So we were interested in how we could create a living concrete; something that breathes, that has integrated plantlike but still has a walkable, accessible surface. The voids in the concrete are places where moss and little plants can take root. We’re basically just redesigning the substrate to allow for a more productive ground surface.

How do you create that decomposition effect?

A lot of the work in the show is about both the addition of things and the subtraction of things. That’s a traditional process in landscape architecture. We’re constantly adding things and subtracting things to find this balance between nature and artifice. We used a lot of different additives for these. One of them was made using chunks of butter. Another is iodized salt.

And the sidewalk cut with the weed growing out of it?

That piece is a three-foot by three-foot section of sidewalk cut from outside our office, and suspended above a mirrored surface to reflect its underside We created it to illustrate exactly society has done to create 26% of our cities’ surface: we just pour concrete over the earth.

Was Robert Smithson an influence? It feels connected to his work.

Absolutely. Robert Smithson. Michael Heizer. Gordon Matta-Clark. It’s not just about the end piece, it was about the process as well. Gordon Matta-Clark filmed and documented everything. He was an artist as performer. Smithson did these bus tours from New York, where he would take people to Passaic, New Jersey and walk these sites,. I think he called them ruins in reverse or ruins of the future— these sites of suburban development that haven’t yet been activated. He took photos and collected objects and brought them back into the gallery. So it’s definitely in the vein of some of those guys who look at extraction and repositioning.

The sidewalk cut recalls Smithson’s “Non-Sites”, which were all about defamiliarizing the natural environment, and the space between the original site and the gallery. yYu’ve done the same thing, but with a piece of concrete and a weed in Brooklyn. There’s still that connection, that space, that defamiliarization—but, like you were saying, it’s with the environment we created.

There used to be this historical interpretation of nature and artifice — this idea of three natures that existed in a horizontal strata, out from the castle or home: there was the manicured garden, then the fields around that, then the first nature of the wilds further away. Smithson and those people were pulling things in from “nature” into the gallery. And now we’re thinking about how spontaneous urban plants have actually given us the opportunity to flip that idea of wild. The wild isn’t something that’s further and “other." We’ve walked on Mt. Everest. We’ve walked on the moon. We’ve destroyed all the first natures that existed, in a way, by occupying them. Now we’re starting to find that wild from within. For me it’s just logical to take the new nature that we’ve created and ask the question — is this what we want to be doing? Or can we think more critically about how to design spaces in service of people?

You mentioned Smithson’s “ruins of the future.” He used that phrase in a very different context, but it feels like an appropriate description for the urban totem poles you’ve created.

We call them “imagined realities.” We were originally thinking about taking core samples from all around New York and repositioning those on the wall. It would be so fascinating to do that, but in absence of the logistics to make that happen, we went with a different approach and imaged core samples that had been extracted in the future and looking at what we have created as a society.

So it’s strata upon strata of man’s intervention in nature?

Right. Our impact on the earth is very shallow. These are eight- to 10-feet totems. I think that’s a pretty good sense of what we’ve impacted, including asphalt and concrete and compaction and other layers of materials that we’ve laid down through time. For us, it was important to create these strata, these layers through time.

Can you talk about fabrication process?

I basically came up with a system with which to create them. We knew we wanted to create a diverse group of them to create a sense of scale and relationship between through the balancing of sizes and shapes. The tall one almost feels like a Brancusi to me. Others feel much more connected to an actual roadway cut. They were all made with tubes that are traditionally used for concrete footings. We came up with a system to create consistency throughout the pieces, but some of that broke down, which I think is the natural progression of systems. We added layer after layer of material over weeks — concrete dirt, metal, wood—all held together with rebar. Again, creating them was at first an additive process. Then, at the end, a subtractive process to create voids using water and a blowtorch,

The photographs in the show are from past projects, correct?

The photographs come from our research into spontaneous urban plants. Some are published in the book.

A lot of the images document plants in post-industrial spaces. Why focus on those areas so much?

They’re really the spaces where the plants we’re interested in have taken root. The reason those plants are in those places is because they’ve been left to nature. They plants are symptomatic of the site, of the ground, which offers them the conditions to grow. We began to classify our own work and research into different types of urban spaces: walls; rooms; lots; streets. Lots have less exposure to everyday human interaction, so some of the things that can thrive in the postindustrial conditions have limited human exposure and wouldn’t have tolerated compaction, for example, quite as well.

You’ve said that we’ve been educated to believe that things which don’t require cultivation have little value. We don’t appreciate spontaneous urban plants--”weeds”--because they happen without us. Those old industrial sites are places that aren’t cultivated or haven’t been cultivated for a long time; places that are or feel abandoned. The “imagined realities” fit so well alongside these images — visually and narratively.

We wanted them to feel apocalyptic. It’s a dark time right now—I don’t just mean politically— and that’s the nature of where we’re at. But I think there’s an element of hope there. We’re not just painting a dismal picture of the future. There’s a sense of hope that it offers. It’s an opportunistic kind of future, looking at the assets we have and making them feel more important than they are. I feel generally optimistic. We created this system and we have the power to change it. We can’t lose agency. 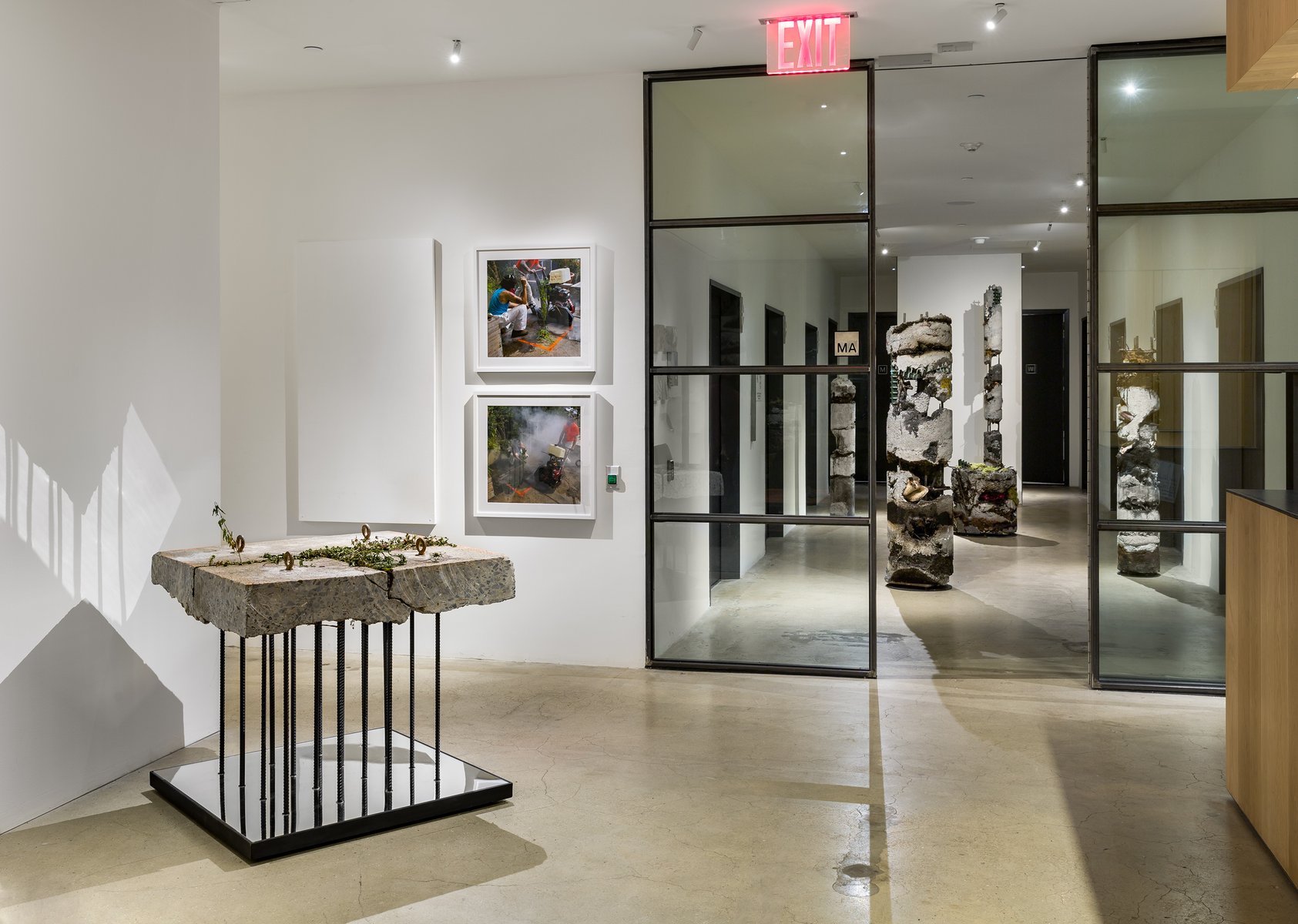 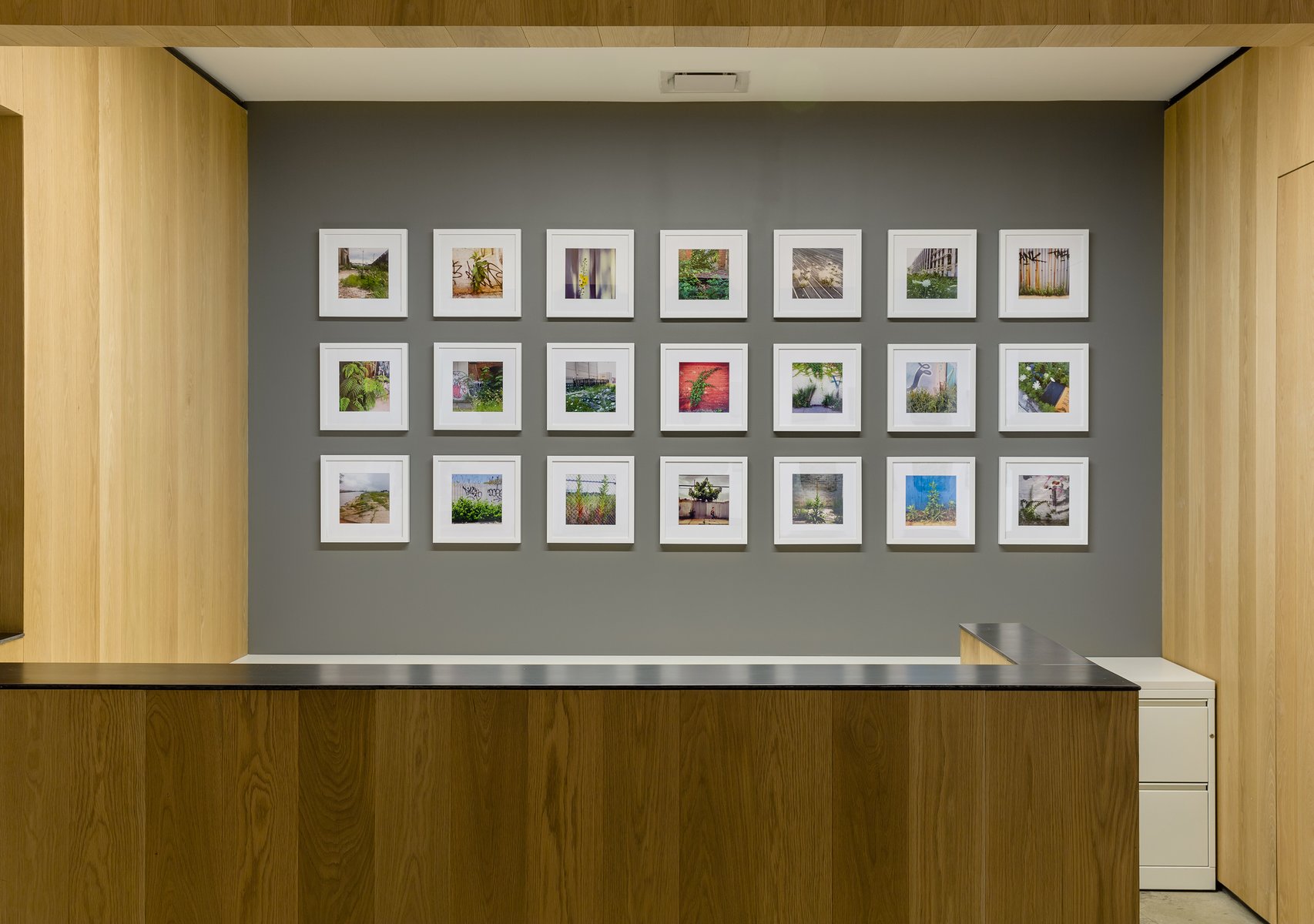 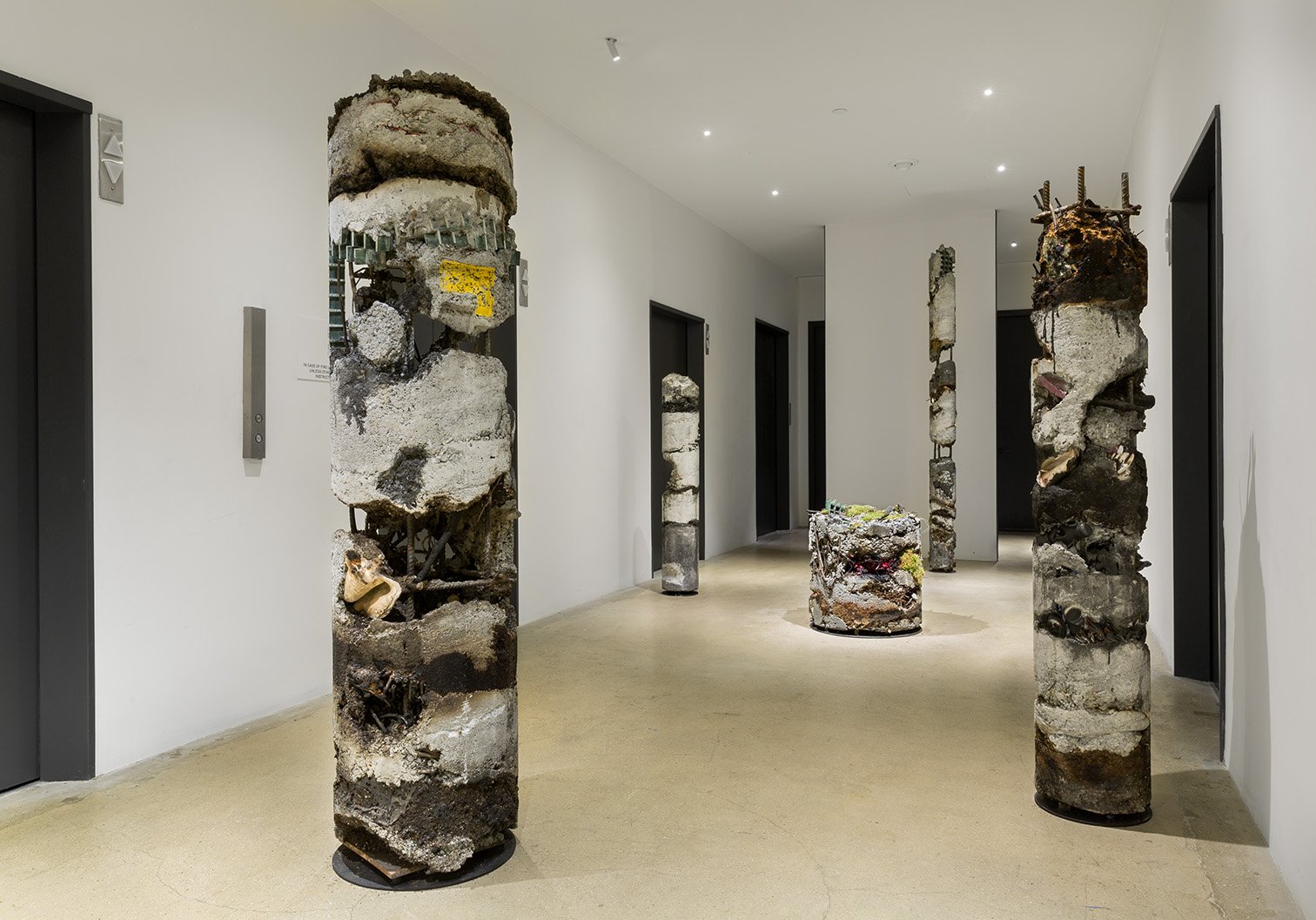 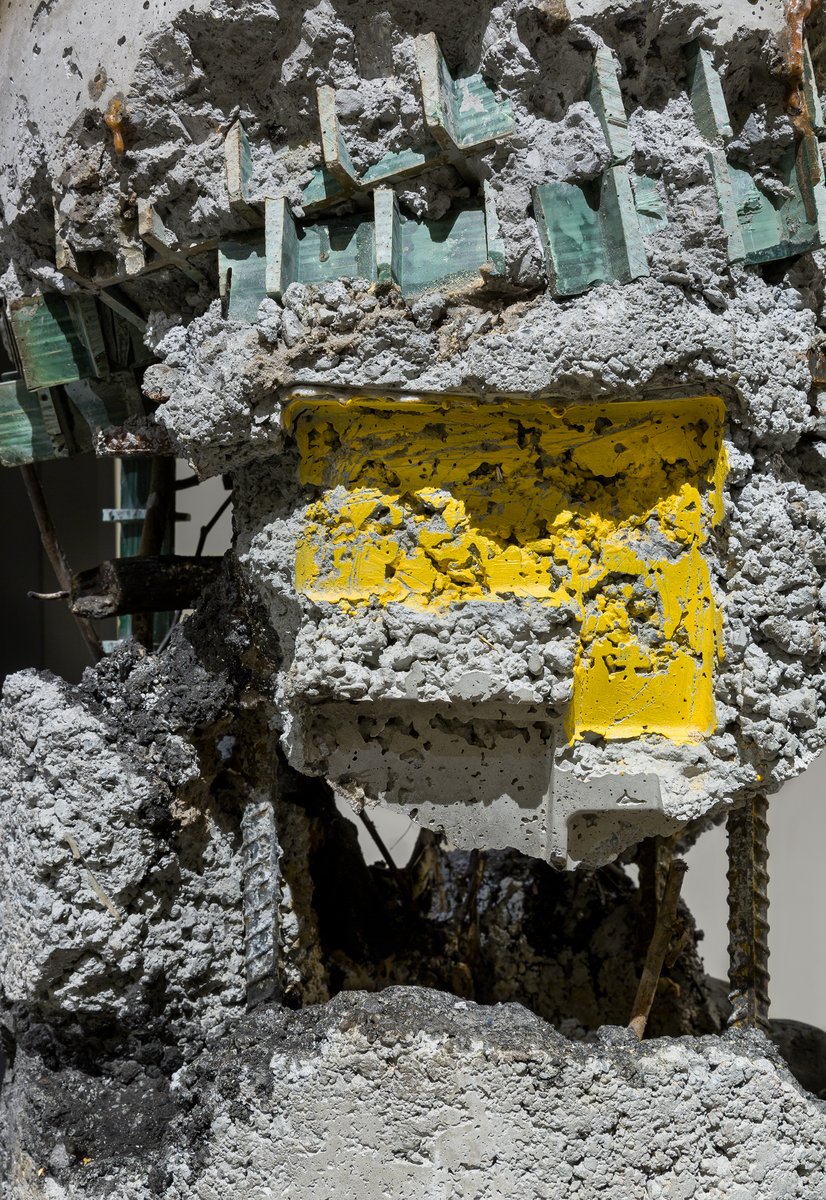 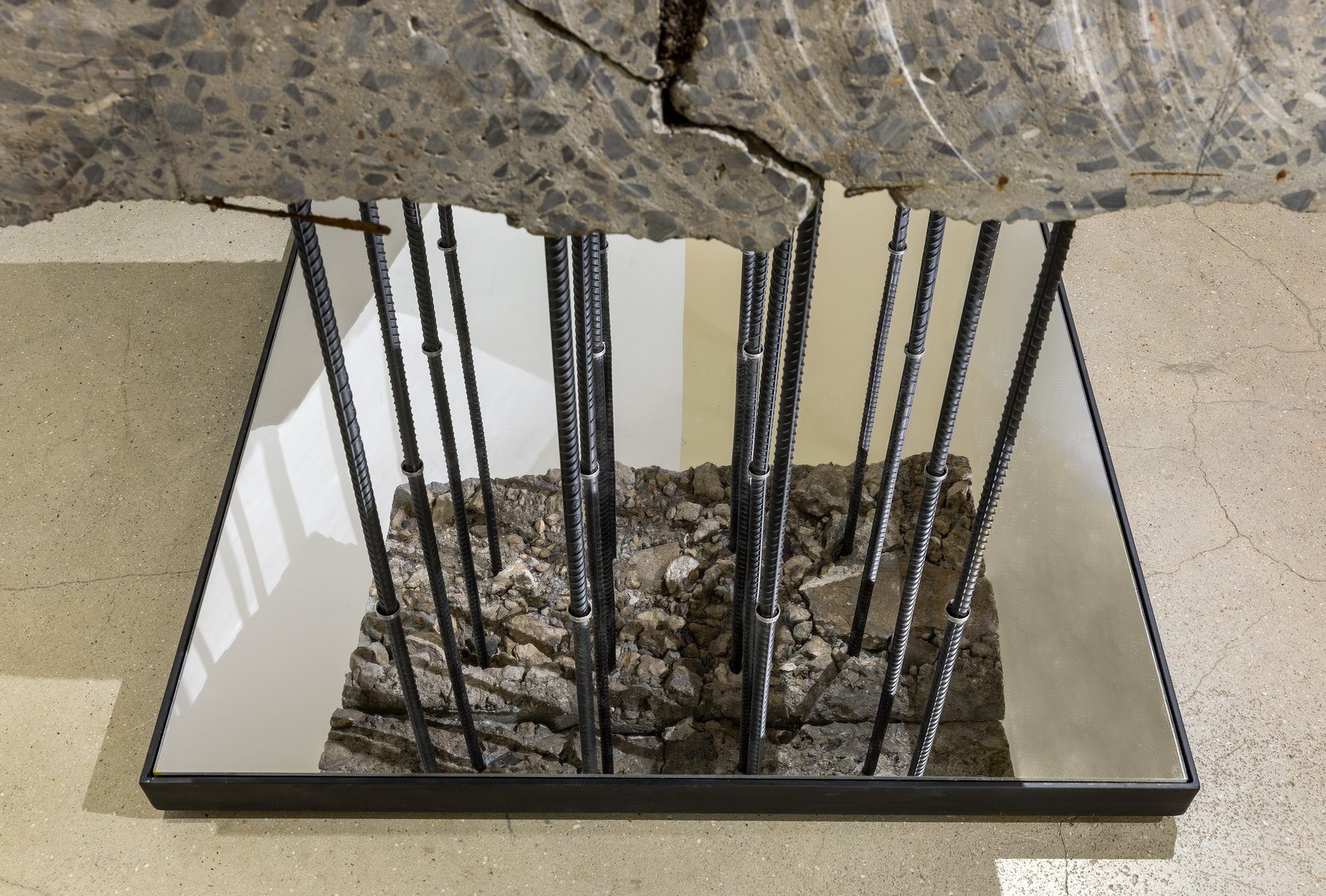 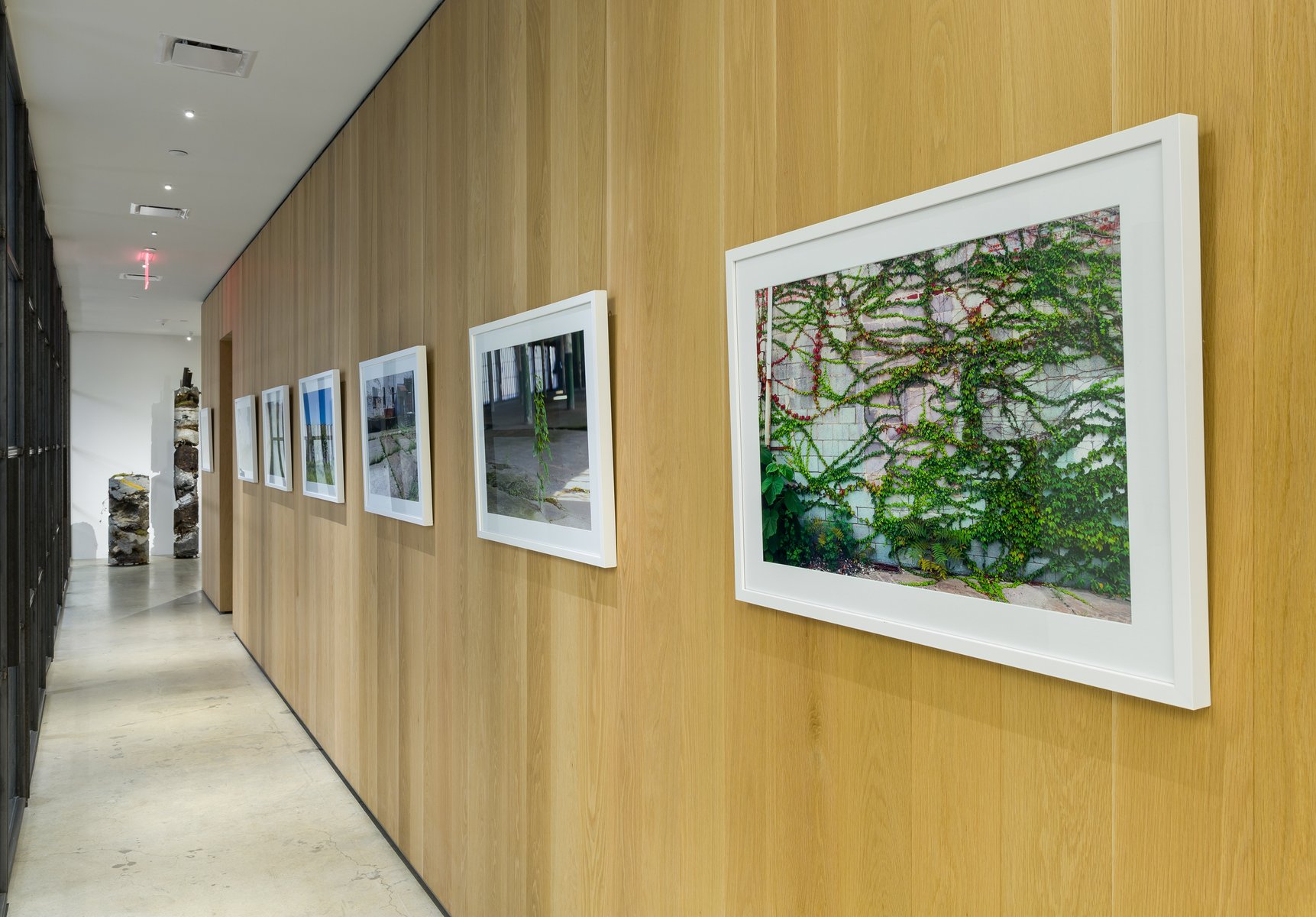