Future Green Studio met with Christian Zimmerman, Vice President of the Prospect Park Alliance in early fall at the Zucker Natural Exploration Area to delve into the emerging realm of natural play and exploration. Zimmerman spearheaded the effort to repurpose over 500 trees that fell during super-storm Sandy in the park to create a unique “playground” located in the original Olmstead & Vaux children’s playground area of Prospect Park. The area nestled in the woods of the park beckons us to rethink the idea of play and its associated risks for both parent and child.

Tree trunks have been beautifully carved and repurposed as benches, thrones, stepping stumps, stools, tunnels, gateways, water channels and much more to pique the imagination of all who visit - adults and children alike. The unexpected anthropomorphic qualities of upside down trees bring the exploration area a whole new dimension. These elements sit within the woodsy context of the park with mulch, sand and gravel; not a single piece of safety equipment or surface is in sight.

An insightful lecture at FGS by Kate Papacosma, landscape historian currently at the New School, brought historical depth and context to the evolution of play and playgrounds - covering ground from the romantic and progressive eras to present day. Today, a momentous shift can be seen away from the standardized, mass produced and safety coded playgrounds that historically developed from the mid to late 20th century. The idea of play is under reconsideration where looser, flexible elements that allow ownership, imagination and intuitive thinking are permeating the space of the previously prescribed, plastic, sterile playground. From the development of “free play” through the concept of imagination play to the current more sensorial and tactile ‘nature play’, children are being encouraged to take ownership of their play spaces to interact with natural materials and textures.

Our research interest of such exploration areas that transcend the boundaries of safety and sterile playgrounds has been channeled in our recent project at the rooftop of Brooklyn Children’s Museum, giving the museum a unique setting for natural play. We hope to communicate the benefits of exploration and natural play through the museum’s new roof due to open spring 2015 to further this practice and re-think the idea of landscape, play and the role of the designers who still operate within the realm of standardizations and codes. 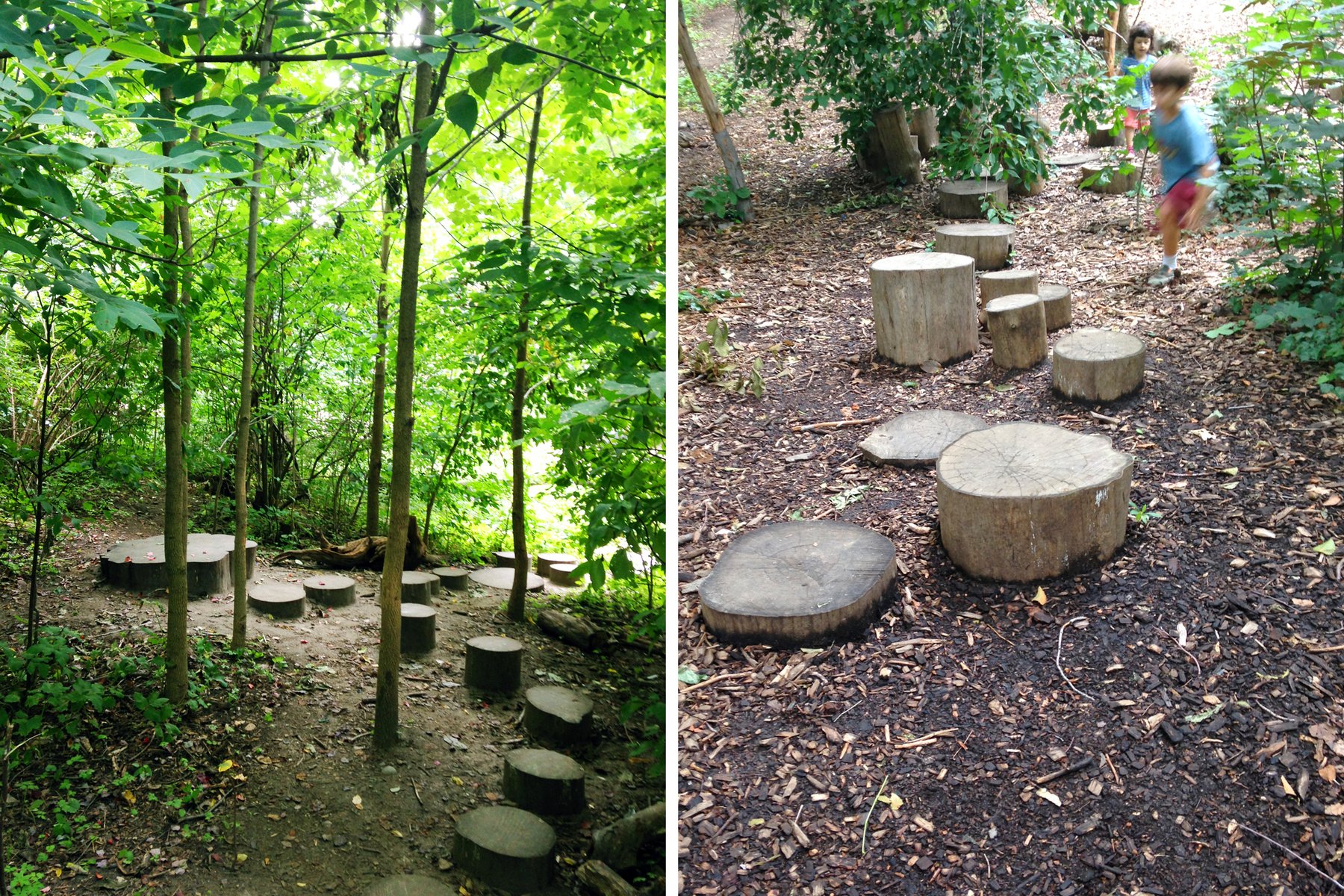