At Future Green, we are actively delving into the realm of adaptive re-use through our project at Empire Stores - a former coffee warehouse at the North edge of Brooklyn Bridge Park in New York City, strategically situated between the Brooklyn and Manhattan Bridges. The two warehouses built in 1869 and 1885, consist of historical elements such as “coffee chutes and hoisting wheels”, the original mechanism for the movement and packaging of coffee that was used throughout the building. We are collaborating with Brooklyn Historical Society (BHS) to add a rich historical layer to the project, giving it additional meaning while creating a synergy between the landscape, the building and the re-use of this former industrial site. Our aim, in addition to bringing a unique public space to Brooklyn Bridge Park, has been to retain and reinforce the legacy of the site and the building of Empire Stores.

Our landscape intervention seeks to capture the ethos of a site - not by recreating a past era in a nostalgic way but by uncovering the historical traces and revealing their potential to poetically connect to the modern city dweller. The design draws on the history and context to bring the processes, materiality, abandoned growth and formal typology to the public front. The publically accessible rooftop park includes blackened steel planters with wood benches made from salvaged timbers from the building’s interior. The wood slats of the bench are engraved with historical references of products once stored in the building – like coffee and other exotic wares.

Additionally, we engaged the site context and studied the edge condition of the East River. The rocky shoreline provided a strong analog to the buildings stout nature and historical resiliency. The rip rap of the river edge provided a formal language for the design of the benches and planters that form the basis of spatial organization, movement and experience on the roof.

We also aim to expose the evocative wild spontaneous nature of planting at Empire Stores, an experience only brought by the result of neglect and time, further tying into the historical narrative of the project. At Future Green, we are constantly looking to investigate spontaneous urban plants at derelict sites, vacant lots or at post-industrial sites. The post-industrial landscapes of New York are under reformation and we find it necessary not to romanticize, but evoke the history of a site through a reinterpretation of its landscape. 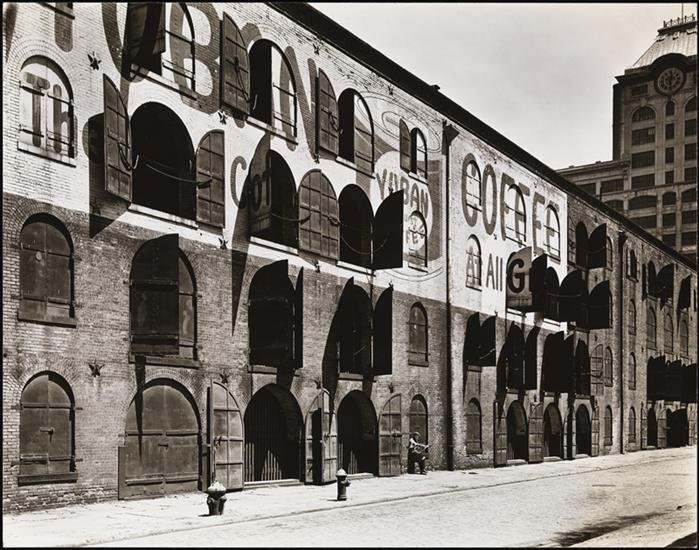